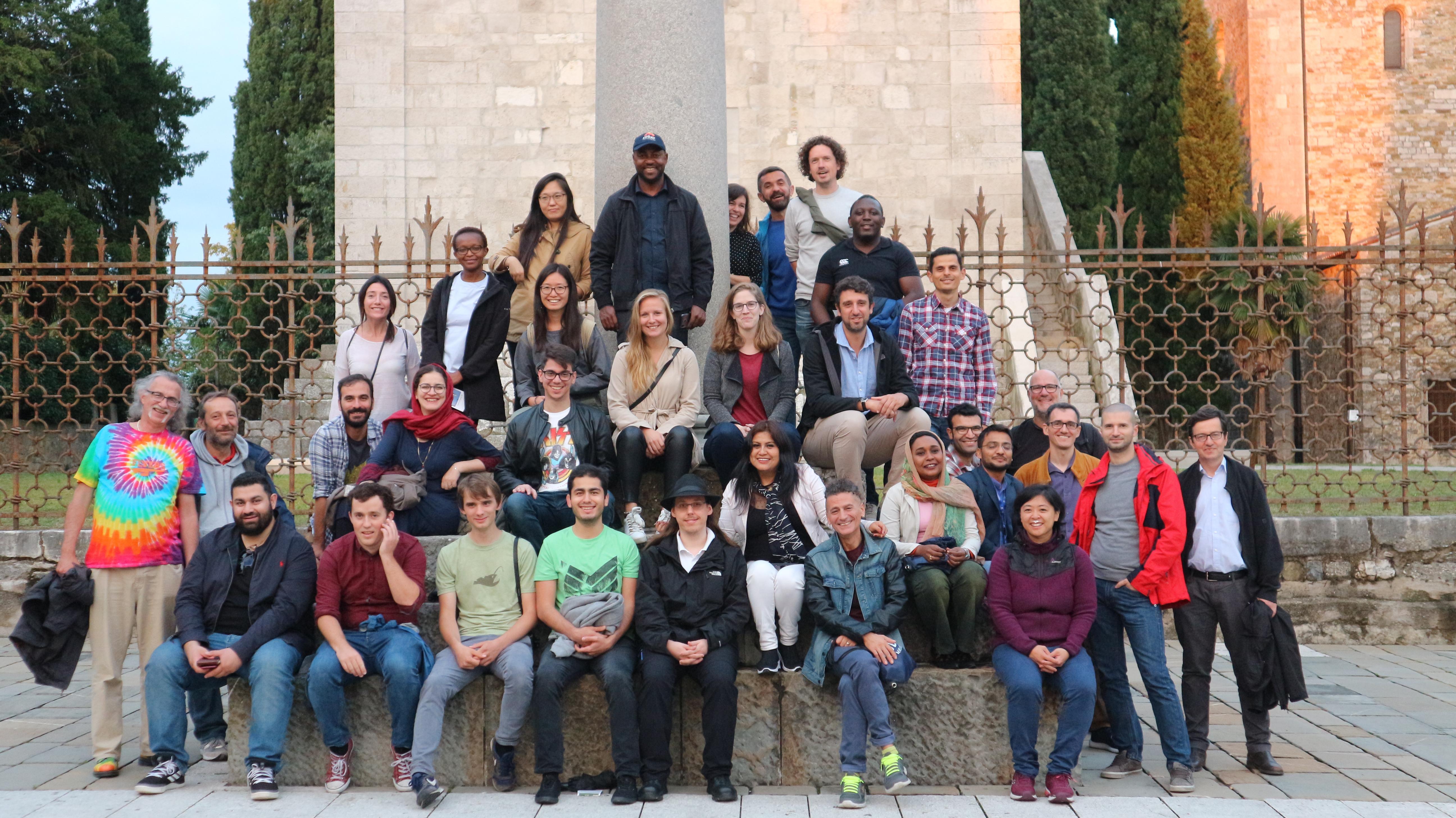 The EUDAT-PRACE Summer School on managing scientific data from analysis to long term archiving, kindly hosted by the the International Centre for Theoretical Physics (ICTP) of Trieste (Italy), welcomed a total of 26 Masters and PhD students and researchers from all over the world from diverse disciplines, such as computer &  information sciences, earth & environmental sciences, HPC, biological sciences, chemical sciences, the clinical medicine field and many others.

The training on the full data lifecycle was also the perfect framework to invite attendees to discover the EUDAT and PRACE services and best practices providing the participants with  additional instruments to perform research better.

See the video below to see some of the highlights of the EUDAT-PRACE Summer School!

For any question please do not hesitate to contact us at info@eudat.eu

The joint EUDAT CDI/PRACE Summer School on managing scientific data from analysis to long term archiving has been kindly hosted by the International Centre for Theoretical Physics (ICTP) of Trieste (Italy).

For more than 50 years, the Abdus Salam International Centre for Theoretical Physics (ICTP) has been a driving force behind global efforts to advance scientific expertise in the developing world. Founded in 1964 by the late Nobel Laureate Abdus Salam, ICTP seeks to accomplish its mandate by providing scientists from developing countries with the continuing education and skills that they need to enjoy long and productive careers. ICTP has been a major force in stemming the scientific brain drain from the developing world.

ICTP alumni serve as professors at major universities, chairpersons of academic departments, directors of research centres and ministers of science and technology in nations throughout the developing world. Many of them have been recognized in their own countries and internationally for their contributions to science and science policy. The impact of ICTP extends well beyond the Centre's facilities to virtually every corner of the Earth.

For further information visit ICTP's website.
How to get there:
The venue is located at ICTP - Strada Costiera, 11, I - 34151 Trieste Italy.
Trieste, home to ICTP, is located in the northeast corner of Italy, close to the Slovenian border. It is easily reachable by plane, train and automobile. Arriving by plane, one can choose to land at Trieste Airport (formerly Ronchi dei Legionari Airport), Venice Marco Polo Airport, or Treviso Airport. Trains operated by Trenitalia travel frequently between Trieste and major Italian cities, and there is a train station "Miramare" located conveniently close to ICTP. Buses are available for local and regional transport.
More information here.

During the entire length of the course, students were accommodated in rooms at ICTP Adriatico Guesthouse, a stunning facility located in Trieste by the Adriatic sea.

Early-career and students applying to the joint EUDAT CDI/PRACE Summer School should satisfy the following criteria:

Applicants should also explain the relevance of their work in reference to the EUDAT and PRACE activities, as expressed by the applicant in answer to the questions related to current and future benefits and follow-up activities. Applications will be evaluated by the EUDAT and PRACE team according to the following criteria:

Each criterion will be given a score between 1 and 5 and the score will then be weighted according to the above percentages. In cases where applicants have equal scores, gender and geographical balance will be taken into account.

The call for applications is closed

A total of 25 attendees will be accepted.

Applicants have to cover the following costs: