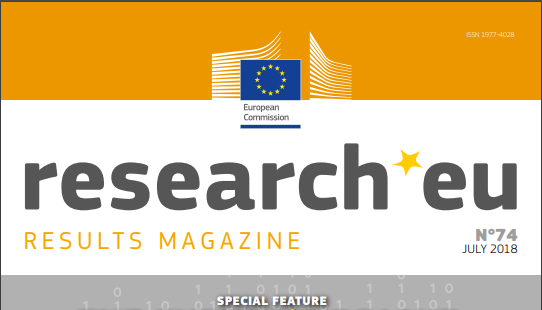 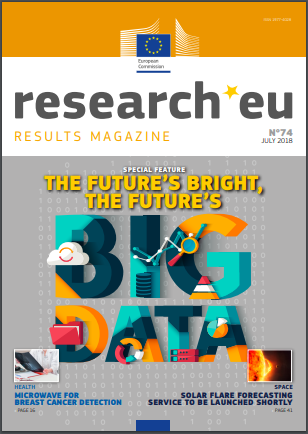 EUDAT was featured in the Research*EU's July 2018 issue that focuses on big data and its role in Europe's research and innovation community.

The interview article featured EUDAT2020 Project Coordinator and EUDAT CDI Head of Secretariat Damien Lecarpentier where he detailed the current challenges brought by big data to researchers. He called for the need to develop a more coherent approach to data management and said this is one of the key challenges that EUDAT was addressing through the services it provides.Â

"Since the beginning, research communities have been in the driving seat in terms of selecting data services. They have also directly participated through multi-disciplinary teams in the design and development of these services. The project brought together over 50 research communities across a range of disciplines, with each one bringing specific requirements and knowledge," he said.

European research: before and after

The benefits gained by researchers from EUDAT's services was also discussed. Lecarpentier explained, "In the past, if I needed to access a storage system where I could also analyse my data, I could talk with my local data and computing centre. But this would just cover local users, from the same country. Moving data across borders or sharing data and tools with colleagues from abroad often required a bespoke solution every time, which is simply not scalable."

He added that with EUDAT, research communities are now able to plan, implement and use data management services on a European-wide scale.

And this is timely with all the efforts being made to realise the European Open Science Cloud and support the creation of a unified Digital Single Market.

The article also touched on the transition of EUDAT into a fully-sustainable organisation.Â

Lecarpentier explained the process where at the final year of the project, they started to shift the focus on EUDAT from a project-based entity into preparing to become a sustainable organisation.

He further elaborated, "We have created the EUDAT CDI as a way of preserving and continuing this legacy. EUDAT partners have committed to sustain the CDI and its services for an initial period of 10 years. We have also established a secretariat to coordinate the development and operation of the CDI infrastructure."

To read the full article, visit Research*EU and access Issue no. 74. The article can be found on page 9.